The Next Big Thing: A Global Blog Tour

I'm it! I've been tagged by the super funny and talented Frank Dormer in one of those blog tour thingamabobs (one illustrator tags another to answer a series of questions about her/his next book and then they tag someone else and so on).  Frank was tagged by Matthew Cordell who was tagged by Renee Kurilla . . . take a look at those posts and follow back because there is some amazing stuff going on.

But first on to my next big thing and the questions!

What is the title of your next book? 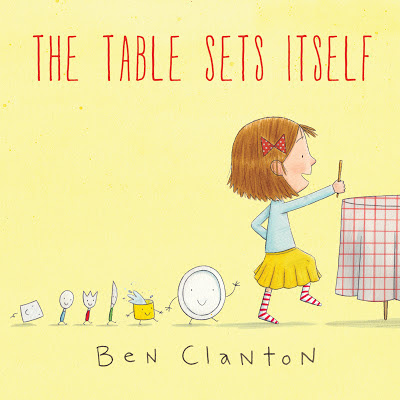 Where did the idea come from for the book?

Both my wife and my sister never seem to get the table setting right. Actually, a lot of adults I know don't. One night I was thinking about this and wondering if there might be a story there and soon enough these characters (Dish, Fork, Knife, Spoon, Cup, and Napkin) were setting about telling my their story.

What genre does your book fall under?

A toss-up between 'epic adventure' and 'BEST cutlery books of ALL TIME'.

What actors would you choose to play the part of your characters in a movie rendition?

Izzy - Isabelle Allen (or if I could go back in time I'd go with the girl who played Matilda)
Dish - I don't know of any great actors that are Dishes (the ones in Beauty and the Beast don't count because that was quite some time ago . . . no longer in their prime) so maybe Tom Hanks?
Fork - Vin Diesel (hands down)
Spoon - Gwyneth Paltrow
Cup - an as of yet undiscovered talent . . . Ben Clanton?
Knife - Daniel Craig (always lookin' sharp)
Napkin - Jack Black

What is the one-sentence synopsis of your book?

A change in place gives Dish and Spoon a taste for adventure . . . 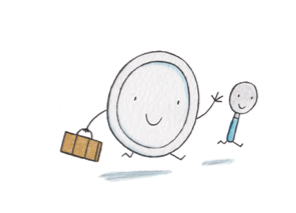 Who is publishing your book?

How long did it take you to write the first draft of the manuscript?

I generally write my first drafts quickly. Ten minutes? Usually if the idea is any good I have a pretty clear idea of what is going on with it from the start, but then comes all the subsequent drafts, character designs, and artwork.

What other books would you compare this story to within your genre?

I suppose the first books that come to mind are contemporary cutlery classics like SPOON by Amy Krouse Rosenthal and Scott Magoon and SPORK by Kyo Maclear and Isabelle Arsenault. I think it also has a bit of an Oliver Jeffers feel to it at times just as my first picture book VOTE FOR ME! was a somewhat influenced by the work of Mo Willems.

What else about the book might pique the reader's interest?

Hmmm . . . not sure what else I can say of interest so here are some things that others have to say about the book:

"I'm over the moon for this story. It is udderly brilliant!" - Cow

"This book is such fun! It makes me laugh!" - Little Dog, rap artist and comedian

"This story is sure to be a runaway success!" - Dish and Spoon, world travelers


Thanks to Frank for tagging me! Next up is the extraordinary Paul Schmid! But be careful because if Paul isn't having a ball in his post he might just bring an alligator. 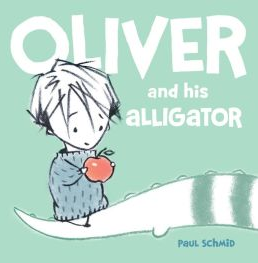