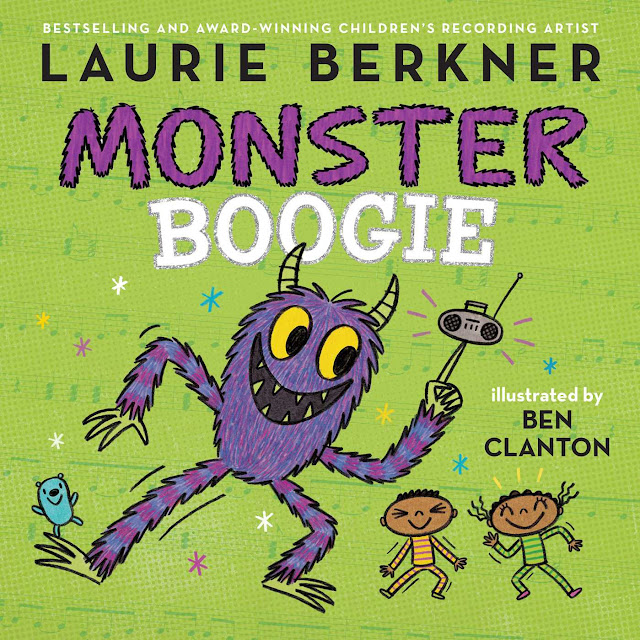 I had the honor of illustrating a picture book rendition of Laurie Berkner's popular song WE ARE THE DINOSAURS a couple years ago and I'm happy to report that I've now illustrated another one of her songs. Coming out July 24th . . . MONSTER BOOGIE!

This one was oodles of fun to make! I especially had fun with the color palette and character designs. Here is a look at some of the sketches and designs I made when figuring out what this book would look like: 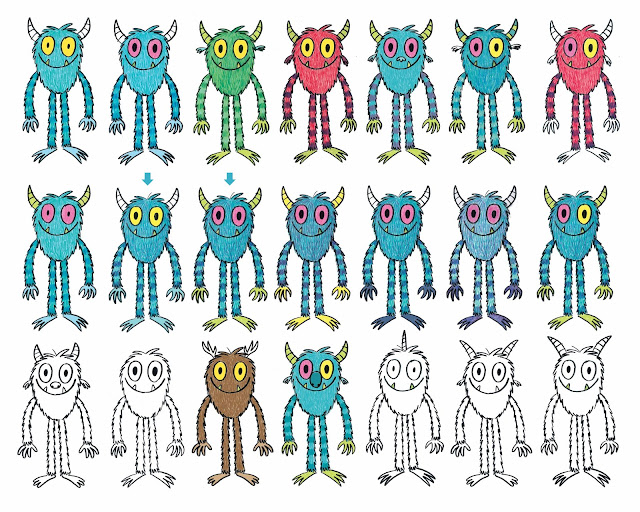 One of the bigger challenges when making this book was sticking with the description of the monster (who I call Boog) in the lyrics of the song. At one point in the song the monster says its eyes are purple and then later that they are yellow. So the question was does the monster have one eye of each color or do the eyes change colors or some mix of the two? 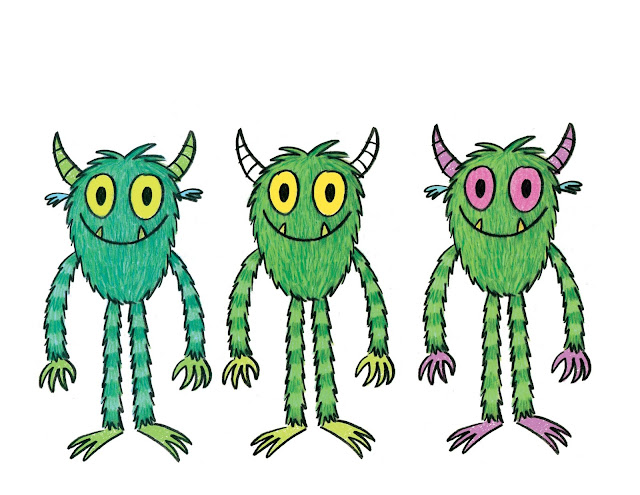 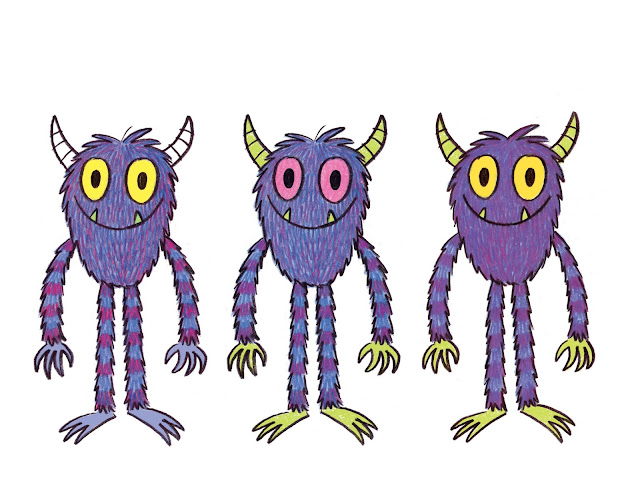 Another challenge was figuring out the fur color. I was really digging blue fur, but Boog (the monster) reminded everyone a bit too much of Sully from Monster Inc with blue fur.  It ended up coming down to green or purple and purple was the eventual winner. Which is somewhat surprising as I rarely use purple.

Overall, I wanted Boog to have a classic monster feel but also be unique. I also wanted Boog's design to be prime for dancing. Thus the really long limbs!

Initially I had envisioned this book as a break the fourth wall sort of story in which the reader is the kid in the room and Boog is talking/singing directly to the reader (still snuck in a bit of that towards the end of the book!). But I'm glad I was pushed to instead depict humans in the art. I think it ended up adding more narrative depth to the story to show kids reacting and interacting with Boog. I went with one kid at first, but was encouraged to add a second for which I am also thankful. 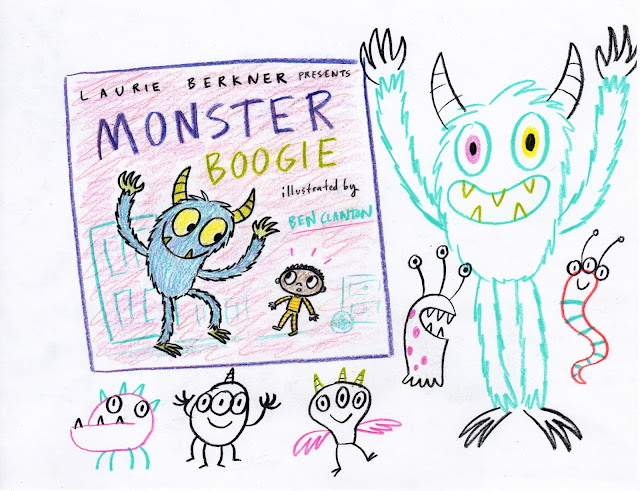 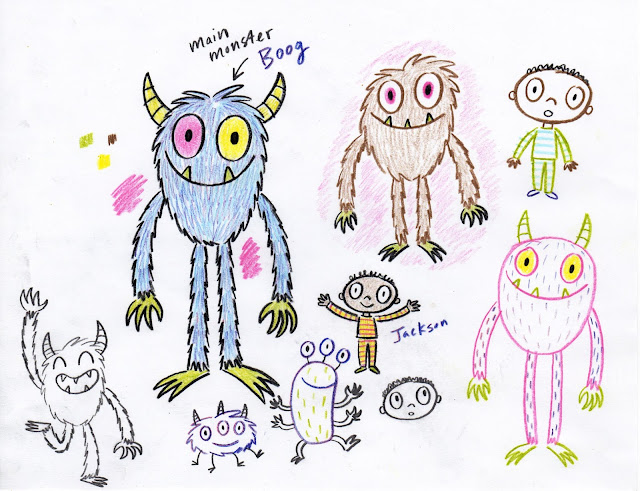 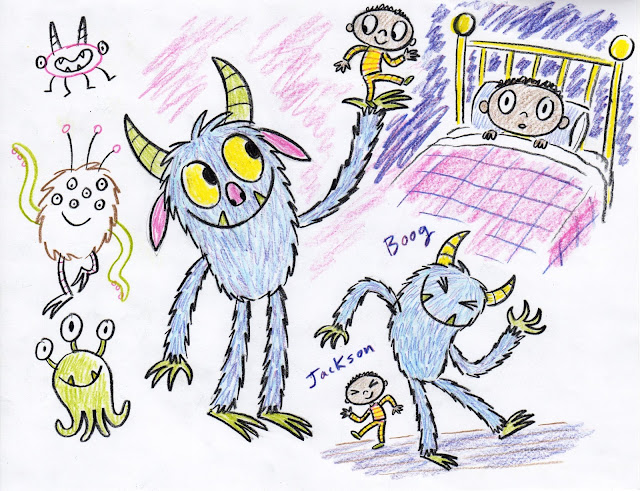 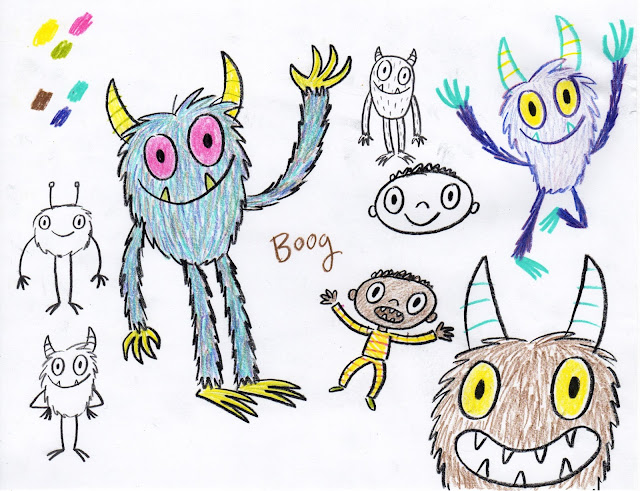 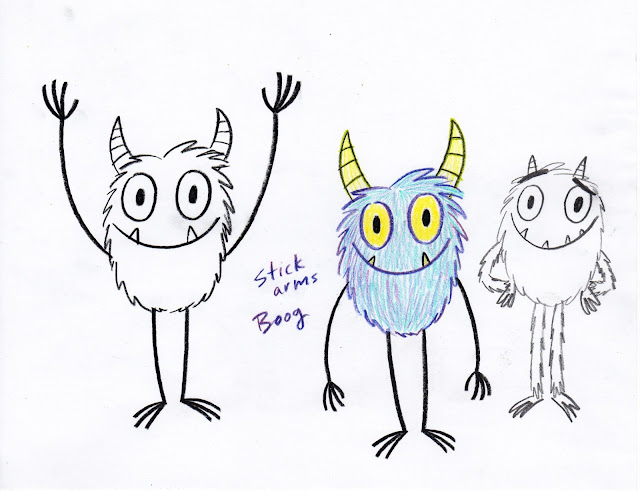 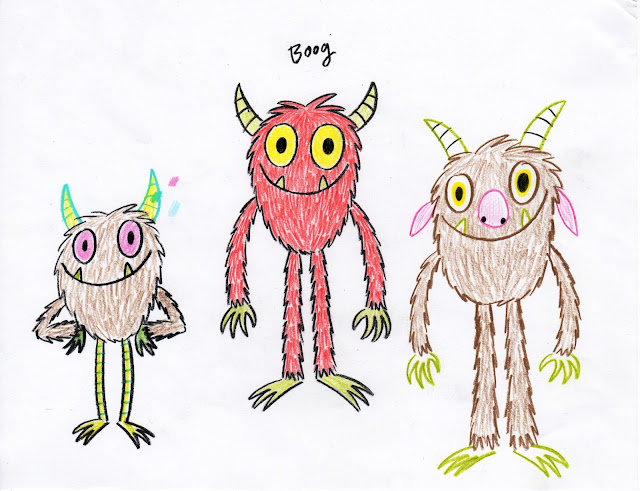 Once the character designs were mostly figured out it was time to start sketching out the story . . . 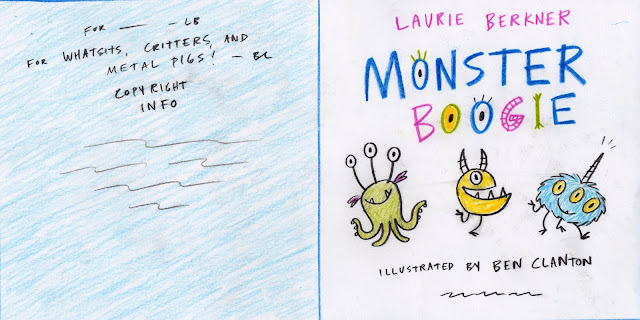 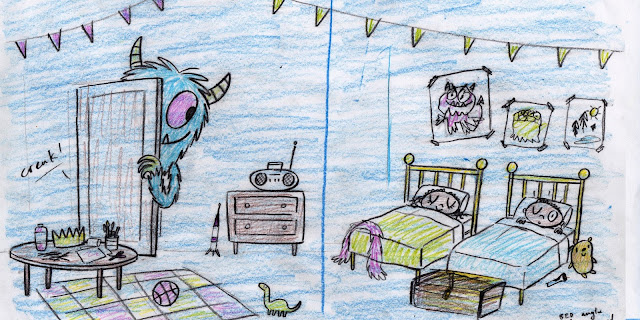 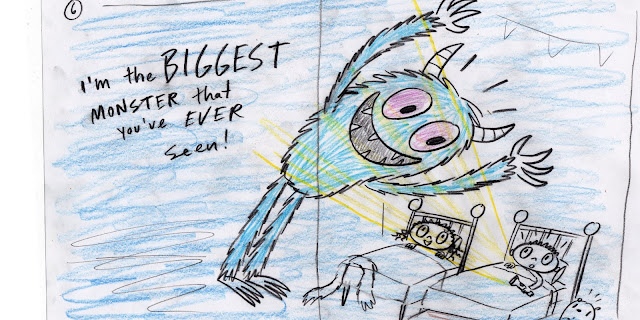 I would end up redrawing most pages two, three, or even more times. Little changes can make a big difference! 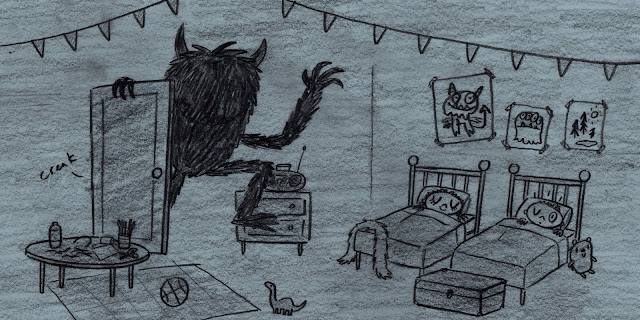 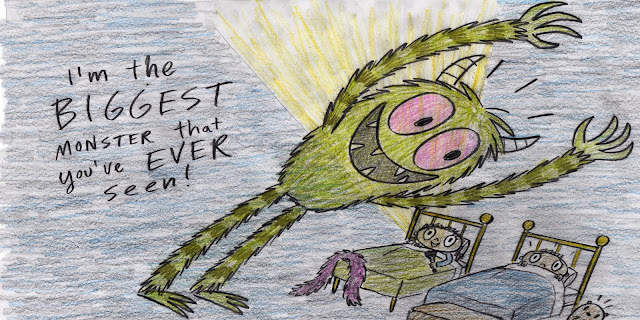 And here is a look at the end result! 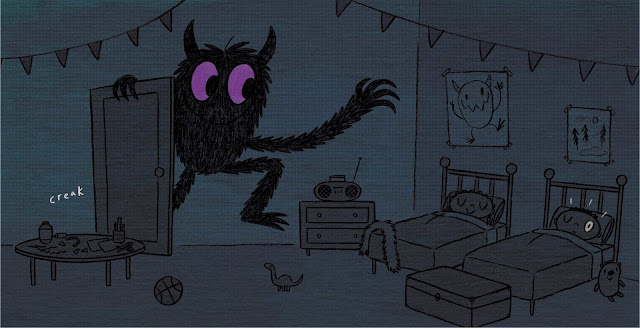 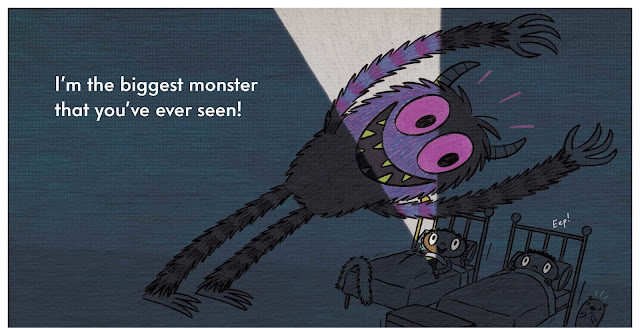 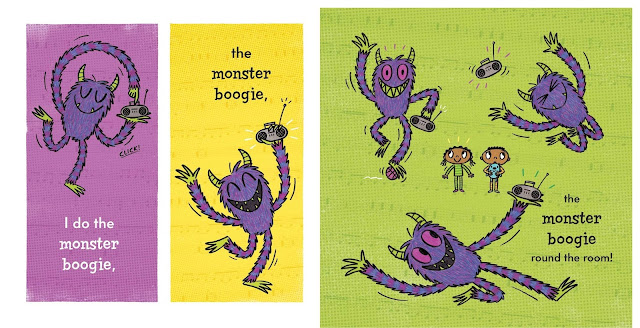 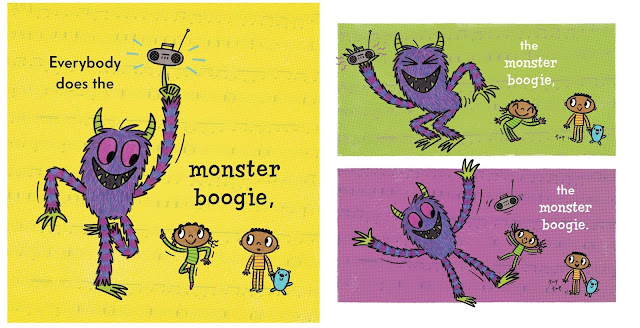 I'll confess that I might have listened to a lot of Bee Gees when working on this book . . .

Also, I want to point out that the sheet music in the background of these illustrations actually is the MONSTER BOOGIE sheet music! And the sheet music can be found in its entirety on the back of the book under the jacket if you want to play it yourself.

I can't wait to start read-singing this one at book events! Which I will be making some appearances later this summer around the PNW. I'll post details about those soon!
Posted by Ben Clanton
Newer Post Older Post Home